The supplemental essays for Barnard, Chapman, and Colorado College remain the same as last year. 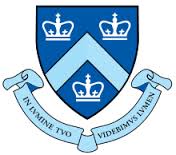 Answer each of these in a well-developed paragraph: (Word limits to be released with supplement. Length does not matter to admissions office).

A. What factors have influenced your decision to apply to Barnard College? What intrigues you about Barnard”s approach to the liberal arts and sciences?

B. Pick one woman in history or fiction to converse with for an hour and explain your choice. What would you talk about?

C. Alumna and writer Anna Quindlen says that she “majored” in unafraid at Barnard. Tell us about a time when you majored in unafraid.

D. Community – educational, geographic, religious, political, ethnic, or other – can define an individual”s experience and influence her journey. How has your community, as you identify it, shaped your perspective? 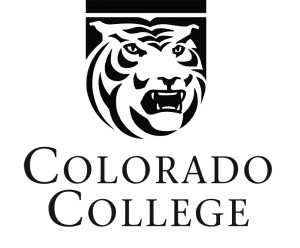 The supplement is the same as last year. Formatting to be released with supplement.

1. How did you learn about Colorado College and why do you wish to attend??
(Early candidates: Please include a statement indicating why you are applying early.)No character/word limit.

2. The Block Plan at Colorado College has a tradition of innovation and flexibility. Please design your own three-and-a-half week intellectual adventure and describe what you would do.

1. There are thousands of universities and colleges. Please share with us why you are choosing to apply to Chapman. (200 words or fewer)

2. Drawing from your past experiences and considering your future goals, how do you expect to contribute to the Chapman community? (200 words or fewer)

3. Major Optional Short. 750 characters. Paste in. In the space below please explain your interests in the major(s) listed above. Are there additional academic interests you would like us to know about?

4. Fast Facts. Please answer all of the following Fast Facts in one sentence (sometimes even one word will suffice). There are no right or wrong answers to these questions. we hope that you have as much fun doing this as we will reading it.

Three words to describe yourself

Best movie of all times

Talent you wish you had

5. Many departments have additional requirements, including Dodge College of Film and Media Arts. Dodge essay gets uploaded in supplement.

Prompt: Describe something that you are passionate about. How could you use the art of storytelling to share or pursue your passion? How has this passion influenced who you are and what your goals are in life?

Prompt: In no more than two (2) pages, write a critique of a film produced in 2013 that strongly resonated with you in either a positive or negative way. Focus on the film’s execution and delivery of themes or messages, particularly how specific uses of the cinematic aesthetic (such as cinematography, editing, and sound) contributed to the overall impact.

Prompt: In no more than two (2) pages, describe a large project or event that you planned where you were required to work within a team. Explain some of the challenges you faced, how you handled them, and how the project ultimately turned out. Also describe how you might handle a large project differently next time.

Major Requirement -Essay Prompt: Create a self-introductory video essay no more than two minutes in length. Your video should visually highlight something about yourself, your personality, your interests, etc. that is not related to film. The only rule is that you may NOT appear in the video in any way (including any photographs of yourself), so be creative. We are primarily looking for your strengths at conveying a story visually and for evidence of your creativity rather than your technical abilities.

Format: Videos can be as simple or complex as you like but should have a clear story. You do not have to edit this project; it can be one long shot. Video essays can be live action or a slide show of still images or photographs with text and phrases, or a combination. Videos must not exceed a total running time of two (2) minutes.

Prompt: In no more than two (2) pages, describe a public relations or advertising campaign that you found particularly effective or offensive. Examine the overall goal or message of the campaign, how that message was delivered, and if you feel the campaign was successful. You may choose to examine a campaign you have organized or in which you were a participant.

In no more than two (2) pages, tell a story about a challenging moment you had in your life. How has this changed you and what did you learn from it? What, if anything, would you do differently if you were in the same position again? Please use this essay to express something that has not been included in the application already.

Essays should be typed, single-spaced, 12 pt. Times New Roman font, one-inch margins on all sides. Remember to title your essay.